Use the social media icons above to share this hero story or leave a comment at the bottom of this page. You may also share this story using Twitter hashtag: #d5heroes3 or short link https://bit.ly/L588uz. Click here to submit your own Hero story. 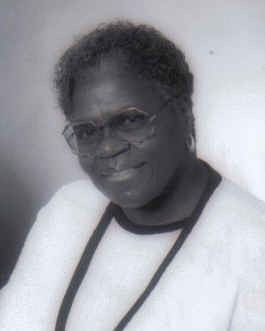 According to Kim: Betty was a resident of East San Jose for over 40 years.  She started her career in child care while she was a recreational program director and preschool teacher.  Encouraged by her boss Bill Williams, she returned to school and got her Child Care Credential from De Anza College in 1982.  She worked for the Black Council of Santa Clara County as Director of the high school drop out program then in 1984 started her own business – Betty Howard’s Quality Daycare. Betty was extremely involved in her community, especially with education.  She was involved in the PTA, School Site Council, District Advisory Council, District Budget Committee and various interview panels at the Alum Rock School District.  Betty was a founding and current Board member of the Alum Rock Educational Foundation and a founding and a founding Board member of CPAC – Concerned Parents and Community of Alum Rock.  She was the Chair of the Parent Advisory Board of the Eastside Boys and Girls Club and a founding member of the City of San Jose Strong Neighborhood Initiative and Cassell Neighborhood Association.  In 2004, Betty became involved with the Small Schools in Alum Rock, first with Lucha, and then with Renaissance Academy.  She was devoted to both schools, which her daughter Brittany and grandsons Trey and Dontay attended.  She has received many awards and accolades for her efforts including several commendations from the City of San Jose. Betty passed in March 2011.